.
This is a two-for-one blog post. First an open invitation to tomorrow's (Dec 12) final presentation of The Future of News, followed by the introduction to the limited-edition book we are publishing about the Future of News / News of the Future.

You are invited to the final presentation in the course Future of Media. This year's theme is Future of News / News of the Future. Sign up here!

The course is given for the 11th year and I think this year's presentations might be the best and the most ambitious ever. Do note that the 10 project groups go far beyond the issue of (only) news and will also touch upon the future of individualized news, the future of crowdsourcing news, of advertising, public service, media bias and the very future of the text medium (and more)!

Here are eleven (news-related) trends for the next 10-20 years that we have identified and that has had an impact on the scenarios of different project groups [further developed in the book introduction below]:
- More mobile devices

Below are two of the 10 projects that will present their results on December 12 - and who isn't interested in news that changes according to your current needs (top) or the future of citizen journalism and crowdsourced news (bottom)? 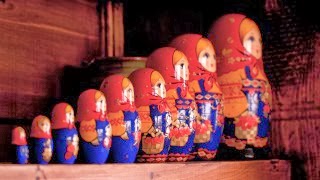 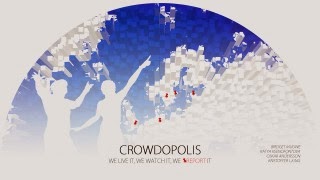 2) Book introduction, "The Future of News"

The Future of Media
In the project course “Future of Media”, advanced graduate students in Media Technology and Media Management explore the relationship between technology, economy and social factors in processes of technological innovation and development. The course load corresponds to a third of a semester and runs throughout the autumn semester.
This year, 2013, the course is given for the 11th time, and for the third time in English, with participating international students. A special effort has been made to document the work, and to make the results of the course available on the Internet. The results include this book, “The Future of News”, a webpage, as well as concrete practical “design representations” such as for example movies and prototypes that have been created by different project groups within the course. The results of not just this year’s course, but of previous as well as successive courses are available on the internet at http://futureofmedia.se/archive.

The Future of News – what an exciting and at the same time challenging topic! Let’s start by defining what news is. News is published and broadcasted locally and globally through a variety of channels. Some examples of channels are news agencies, newspapers, websites, TV-channels, and radio channels. News can be described as a product of journalistic activity, and journalism can be defined as an activity dealing with the regular practice of producing information about contemporary affairs of public interest and importance.

We live at a time in history when the production and consumption of news is evolving and developing into something very different. New news channels as well as new types of content are developing, together with new stakeholders and entirely new business models. However, it is still uncertain what these developments will lead to, and what the new media landscape will look like.

In the course Future of Media, we will this year think long and hard about technological, economical and other aspects that made the news industry into what it has been (past), what it is today (present), and what it will become tomorrow (future).

The upside of the ongoing changes mentioned above is that opportunities have never been greater when it comes to introducing new content or new business ideas. Anyone with a computer and an Internet connection has unlimited choices regarding what to read – or can become a news channel of sorts and publish his or her own news. However, the threats facing traditional publishers and broadcasters have never been greater than they are today. Traditional business models struggle and new business models might – or might not – be forthcoming.

So what will the future bring us? What genres, what purposes of consuming news, what content, what technologies and what business ideas will emerge and become important in the future? These are questions that the students are exploring and attempt to answer in this course. In short, what will news look like 10 or 20 years from now?

No less than ten groups of students have explored ten different futures for news during the autumn of 2013. The students presented their suggestions and the results of their projects in front of a live audience on December 12, 2013, but the results are also available here, in this book, as well as online, http://futureofmedia.se/news

A framework for all project groups has been to aim for a future that will happen sometime in the next 10-20 year, i.e. sometime between 2023 and 2033. All projects have also had to limit themselves to, or at least orient themselves towards, a Swedish (Western, relatively affluent) context. The proposed futures might, but do not have to, assume large technological breakthroughs. Some technologies and ideas are already around today, or are being explored in laboratories at this very moment, but might take many years or even a decade or two to germinate – to spread and take hold among a larger proportion of the population. The challenge might not always be to invent a purely technological future, but to imagine patterns of usage and new business models emerging when current (or future) patterns of usage among small groups of early adopters spread to larger groups in our society.

Despite widely different ideas and scenarios, there are still at number of trends that the ten project groups position themselves in relation to.

News trends
Below are eleven trends that we have identified in the course and that are of importance for The Future of News and The News of the Future. Each trend is important for at least a few groups, and sometimes for many project groups.

4. More news channels
Besides current media channels, there will be alternative channels in the future. These could for example include individual channels, such as “ordinary” persons publishing blogs or podcasts, or corporations starting a TV-channel, or non-governmental agencies with their own Facebook and YouTube channels.

5. More (co-)creation and sharing
There will be a greater volume and variety in the news landscape, because of more co-creation and sharing of content, for example via blogs, Facebook, and other social media. Ordinary persons who cannot be regarded as full-fledged news channels (see above), will produce news-related content that will be shared among smaller or larger groups of people.

6. Personalized/individualized news
Beyond mass media, there will be real individualization of news, according to each individual’s interests and preferences. While there are some attempts to go in this direction today, we have really only seen the beginning of this development. In the future, you will read articles from sources that you haven't heard of before.

7. More non-text formats for news
News will to a higher extent be consumed through non-text formats, such as video, images, and audio. Today’s popular cat images and YouTube videos hint at this growing trend. In a time-pressed future, short news items will win out over long complicated in-depth stories.

8. Increased need for high-speed, high-quality infrastructure/networks
In order to cater for higher volumes of data traffic, there will be an increased need for better infrastructure. According mobile traffic forecasts from 2010, the amount of traffic will increase by a factor of 33 between 2010 and 2030, and the broadcast network of 2020 will be ultra-high speed and ubiquitous.

9. Hurried, time-pressed news consumers
The future will be high-paced, with hectic lifestyles and impatient users. This implies a need for shorter visual news items and more overviews presentations. Multitasking is on the rise, which will lead to an increasing use of audio while performing other tasks.

10. More commuting
People will spend more time commuting due to continued urbanization and a continued spatial and geographical expansion of cities. This trend implies that we will access and consume news on the move; in subways, on buses, etc. This will also be a driver for using more mobile devices in society.

11. Big data & surveillance
More data will be collected and more surveillance will be performed – for good and for bad. This has important implications for issues having to do with integrity, but it also brings about possibilities for more convenience and better service in many different areas of society.

Work process
During an intense six-week long start-up phase (beginning of September – mid-October), the whole class read selected literature about news, worked with news-related issues in seminars, and welcomed around 20 guest lecturers from industry and academia. These guests had a variety of backgrounds and presented us with a wide variety of perspectives, over-all giving us a well-rounded picture of the history of news, the present situation of news, as well as suggestions for trends and possible future developments.

At the end of this start-up phase, ten project groups were formed around course participants’ emerging interests. During the second half of the autumn semester, these groups independently explored different aspects of this year’s theme; The Future of News / News of the Future.
The result of each group’s effort is a proposal and a scenario connected to the future of news. The results are presented as a chapter in a book (printed in a limited edition), as well as in a presentation that was held on December 12 in front of a live audience of more than 200 persons, consisting of younger students at the educational program as well as teachers, guest lecturers and people from the news industry. Documentation in the form of texts and other supporting materials can be found at http://futureofmedia.se/archive

The texts in this book
The ten scenarios that are presented in this book are not written in a purely academic form. They aim at being somewhere in between an academic and a popular text. These texts are meant to inform and entertain, but should also be grounded in references to relevant literature and the students’ own original research and inquiries.
The chapters in this book have been produced as a part of a university course and under many constraints and severe time pressure. We apologize for any errors in the texts.