"Future of News / News of the Future" projects 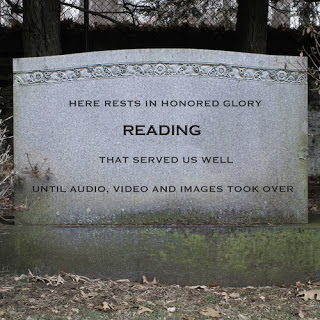 The students in my course "Future of Media" formed 10 project groups almost three weeks ago. From having been a course with lots of guest lectures and seminars, the students are now for the most part working independently and they are taking this year's theme "The Future of News / News of the Future" in 10 different directions. Which directions? These directions!

- Gossip (was News aggregators) ("Emotional news")
- You've got bias (was Manipulation and bias online and offline) ("Everything is biased - we show you how")
- Responsive news (was Individualized news) ("Have it your way")
- Crowdopolis (was Citizen journalism & crowdsourcing news) ("We live it, we watch it, we report it")
- DEAFining news (was Broadcast new/public news) ("DEAFining the future of news")
- Newsify (was The future of audio) ("Get serious - Get Newsified")


We will set up a website pretty soon where these projects will present themselves (same as we did last year). They have already now submitted images and short descriptions (that might be updated). One example is the Death of Reading image above and this is (currently) the summary/pitch for that project:

"Since the 15th century, when the printing press was invented, the literacy rate has risen, and today it is one of the Universal declarations of human rights. In the 21st century something happened: People started to send text messages, to use Twitter and other social media. These changes resulted in declining willingness to write and read among society, and this new paradigm is just the beginning. In the next 10-15 years we will witness the most dramatic change in the world of news, when written news no longer exits." 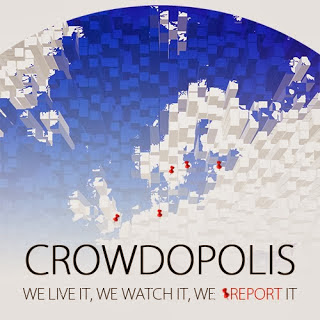 Above is another example of an image, and below are the summaries/pitches for the project groups ScreenWorld and You've got bias:

ScreenWorld pitch:
"The increase in mobile technologies and decrease in attention spans has caused new habits to form when people consume their media. One screen is no longer enough, so a second screen has emerged into our routine. The second screen trend is gaining popularity in entertainment media, but what does that mean for news? We hope to provide a framework based on qualitative and quantitative analysis of the current trend on how to increase the use of the second screen for news of the future."

You've got bias pitch:
"In the future there will be even more news sources where corporations and personal news channels will compete to break news. How can we as readers trust what we read when the publisher is unknown? "You've got Bias" is an automated system that will analyze news in real time to:
- Connect relevant data about the author with the news-iten.
- Put then news-iten in context to other articles on the same story.
Thanks to "You've got bias" I can finally decide for myself what news I want to believe in."


I very much look forward to the mid-term presentations this coming Friday when the 10 groups will present their ideas and try to convince me (head teacher), Malin (assistant teacher) and Åke, Milad and Ola (guests/jury) of the merits of their ideas as well as where they plan to take their projects. The students will present their finished projects at the end of the term (Thursday Dec 12 at 13-16) and the presentation will be open to the public. You are welcome to attend and I will (same as last year) get back with an invitation and more info about the final presentation later.