Coalworld: Envisioning a world with half the oil (paper) 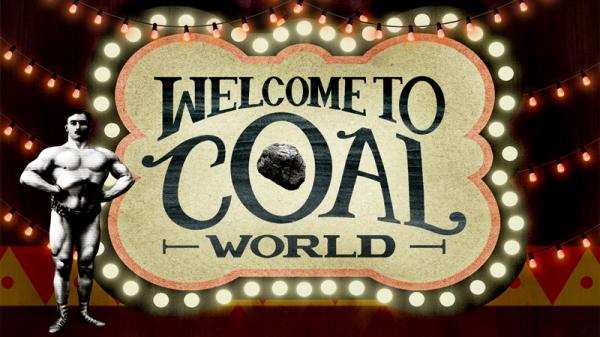 I have recently written about four papers I have submitted to the conference "Energy and Society" (#1, #2, #3, #4), but I in fact also submitted a fifth paper to the conference. This paper is time-wise in-between a journal paper we are already working on (the first, relatively polished 10.000-word draft was submitted at the end of October) and a journal article we are planning to write for another upcoming special issue. The abstract below could almost be the overarching programmatic explanation that sets both of these two (and several future) articles into a larger "story arc" of planned articles on this topic.

At the time that the conference in question will be held (April 2017), our first article will be finished and the first draft of the second article will have been written, so we would prefer just to bring these articles to the conference and hand them out rather than writing yet another, third paper. It is at this point not clear to us exactly what is expected of us should our contribution (the abstract below) be accepted for presentation at the conference.


Anyway, here's the background: No less than six persons are already working on the first paper about "Coalworld" - an alternative world where there ever only was half the oil that existed in our world ("Oilworld"). These six persons are Daniel Pargman, Elina Eriksson, Mikael Höök, Joshua Tanenbaum, Marcel Pufal and Josefin Wangel. Our first draft is under review to a special issue on "Narratives and storytelling in energy and climate change research" (in the journal Energy Research & Social Science). We cross our fingers and hope for the best.

We are right now planning for the second article. The new article might not have exactly the same authors (authorship as well as the order might naturally vary in the various articles). Right now only me and Mikael Höök are working on (planning for) the new project, but more people will probably be brought on later, when it's time to get serious about writing.

Fun fact: We call the project that spans the various articles "Coalworld" and we have decided to make the utmost of it and include the word "Coalworld" in the title of each piece of output from the project.


Coalworld: Envisioning a world with half the oil


Abstract: Changes in energy infrastructure are slow and tough. Sevaried’s law (1970) states that “the chief source of problems is solutions” and energy infrastructure decision taken today are dependent on (sometimes lousy) decisions that were taken decades ago and they will furthermore have (partially unforeseen) implications for decades ahead. Being weighed down by the path-dependence of past decisions does not only restrict our choices today and tomorrow but also limits our thinking and our imagination of possible solutions - including perfectly fine solutions in paths not taken that still might be applicable or at least relevant to take into account in the here-and-now.

In an attempt to widen the boundaries of the probable, the plausible, the possible and the preferable (Amara 1981, Bell & Olick 1989, Bell 2003), to defamiliarize ourselves from the taken-for-granted (Shklovsky 1917, Bell et. al. 2005) and to shatter the shackles that limit our imagination (Tanenbaum et. al. 2016), we are working on a series of articles that are based on a thought experiment. The Coalworld project explores future energy transitions from fossil fuels by placing them in the past. The starting point of the Coalworld project is the simple contrafactual (Ferguson 2000, Todorova 2015) statement “what if there ever only was half the oil in the ground when we started to use it 150 years ago?” E.g. what if there ever only was 1 instead of 2 trillion barrels of oil available in the ground back in the 19th century (Deffeyes 2006, Campbell 2013). This initial geological change then sets a deviation-amplifying spiral (Maruyama 1963, Sproull & Kiesler 1992) into motion and where peak oil would have happened several decades ago. We are exploring probable, plausible and possible consequences of such a scenario in a series of articles about Coalworld.
.
Upplagd av pargman kl. 20:10