I played a game, "Climate Collage", the other day at the neighboring department. 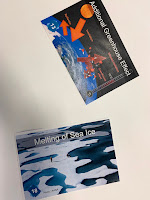 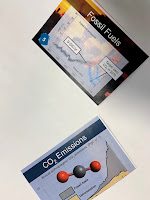 The games comes from France and the event was organized by two junior KTH researchers from France that I haven't met before, Elias Sebastian Azzi and Josephine Demay. We were about 10 persons who met and we were divided into two groups. These were the instructions we got:

Principle of the game:
You play with a team of around 6 to 8 people and the goal is to build a fresco, describing all cause-effect chain in the climate system. If more people show up we will split you into teams.
You will be given 50 cards and you will have to link them to each other. It will take about 1 hour to do so. The next hour will be free to decorate the fresco, discuss the relevance of this game at [KTH], and share fika.
About the Game:
The game has been developed by the French professor Cédric Ringenbach to raise awareness about climate change. As a result, by reading the text on the cards and trying to figure out links between them the participants will get a better understanding of the causes and consequences of climate change.
Why would you participate in that game?
- Have fun with others
- Teach and learn about climate changes issues
- Get some inspiration if you wish to develop this activity with your students 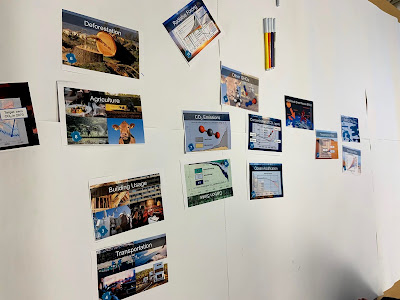 As soon as we had connected the cards in a set, another set was added that needed to be "fitted in" and that made the fresco more complicated 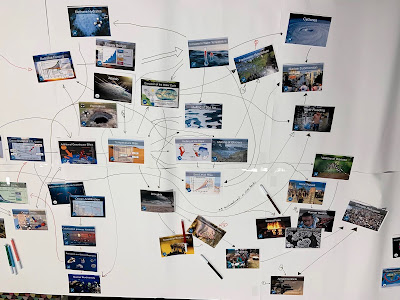 This eventually created a complex image of causes and effects of climate change with an emphasis on biophysical processes but also involving human actions. 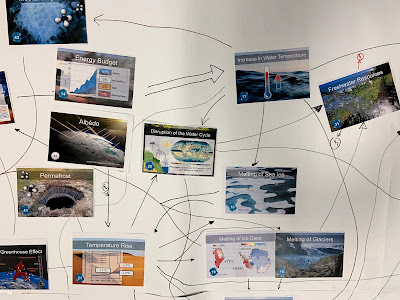 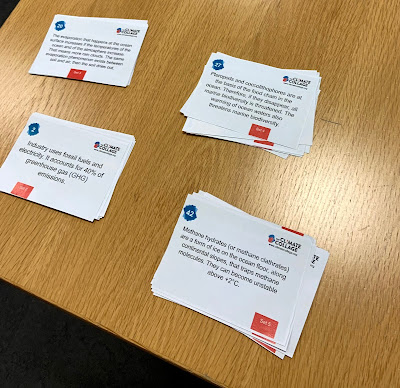 There was an explanatory text at the back of each card

Playing Climate Collage was an interesting experience and also a fun activity to do together with others. I played with experienced climate researchers (including with the KTH vice chancellor with responsibility for sustainability) so the exercise itself was a smooth experience. I would however not call Climate Collage a "game" but rather an exercise that facilitates learning and discussion and that you can use in classrooms (at various levels) to teach and learn about the (complexity of the) climate system and of climate change.

You can order the cards by either buying a deck of printed cards (in French or English for 10 €, or, you can print them yourself (they have been translated to 15 languages!).
.
Upplagd av pargman kl. 09:58