Starting up my second career (in stand-up comedy) 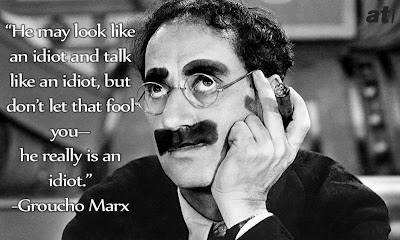 There are several reasons for taking a stand-up comedy course:
1) It's a fun thing to do with my time - I expect to enjoy the course.
2) I might pick up something that I can use when I lecture.
3) I can provide the entertainment at my department's summer party.
4) After modern capitalistic industrial society inevitably succumbs to the mounting pressure of the unescapable climate catastrophe, people will need to be cheered up now and then; a career in stand-up ("will entertain for food scraps!") will thus become an obvious fall-back option when it no longer is viable to be a researcher and a university teacher. Also, stand-up is more fun and less back-breaking than tilling the soil.

A friend of mine that I met this weekend asked me what role models I have among Swedish stand-up comedians, but I drew a blank. While I have watched quite some improv, I haven't watched a lot of stand-up (do get in touch if you plan to go to Norra Brunn and want company!). We instead had to retreat to sit-coms and we discussed classics like "Seinfeld" and "Friends", but if I were to emulate (e.g. "be inspired by") someone in particular, I think it would come relatively easy to me to go for Sheldon in "Big Bang Theory". His utterances are often patently absurd but he delivers his absurdities with panache while simultaneously being ignorant of their absurdness. I can do that! Sheldon is also very precise in his language, tying together many complicated terms into precise harangues that sound great - but absurd. I can do that too!

I had already figured out that I need to develop a persona for the stage and that's going to be very easy; I will of course perform with a persona that is based on my day job as a researcher and a university teacher. I am also a civil servant who sometimes has to butt head with absurd rules. I am also a voracious reader of academic literature and could partly be an educator on stage, drawing on and jokifying research that I have come across. I am also a sustainability champion and I figure I can draw on that too, but I still think my main platform should be as a researcher and a university teacher.

I have thought about what language I should use. It has to be English if I am to entertain my colleagues/at my department. I can do that! But I'm not sure English will work in the course!? I assume everyone else at the course will go for Swedish so I'm leaning towards starting with Swedish and then later evaluate if or when I should switch. This decision is in fact hard because if I go for Swedish, that assumes a Swedish-speaking audience (such that you would find at a stage in Stockholm). If I on the other hand go for English, that assumes an audience of fellow researchers and the kind of jokes I would develop for such an audience would be different. I did get a super-small notebook earlier this week where I make notes about ideas that could be developed into jokes. At this point, they are not refined and they could become jokes that are told either in Swedish or in English.

Also, what does it mean to be "entertained"? For stand-up, you would think that laughs would be the currency that matters, but how do other outcomes measure up like learning something new (or something bizarre), like being challenged or provoked or being emotionally affected? I'm not sure laughter is what I would want to aim for, I would be very happy if I managed to encourage reflection in members of an audience.

When it comes to the actual content, I would say that whatever I go for, I aim for nothing less than to incorporate lots of ambiguities, paradoxes, dilemmas, oxymorons, contradictions, tensions, breakdowns and wicked problems into my act. Know unknowns and unknown unknowns will also be a great entry point for creating content. Donald Rumsfeld made these terms famous back in 2002 (but they have a  longer history):


When I signed up for the one-week intensive stand-up course, I read that there are three main reasons for people to take that course. These reasons clearly correspond to my own reasons (listed above); they dream about a career as a stand-up comedian (my reasons #3 and #4), they give talks today and want to be more funny (#2) or they just think it would be exciting to try it out (#1). In Sweden, if you want to be funny, you sign up for a course (I did!). My own courses at KTH are on the other hand very boring (to even things out).

I expect that you can book my new show before or otherwise after the summer. To make the magic happen, do get in touch with my agent and then get in line. Also be prepared to dish out significant amounts of moolah!
.
Upplagd av pargman kl. 19:27