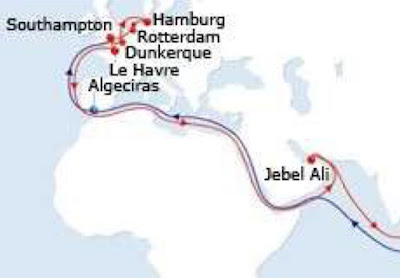 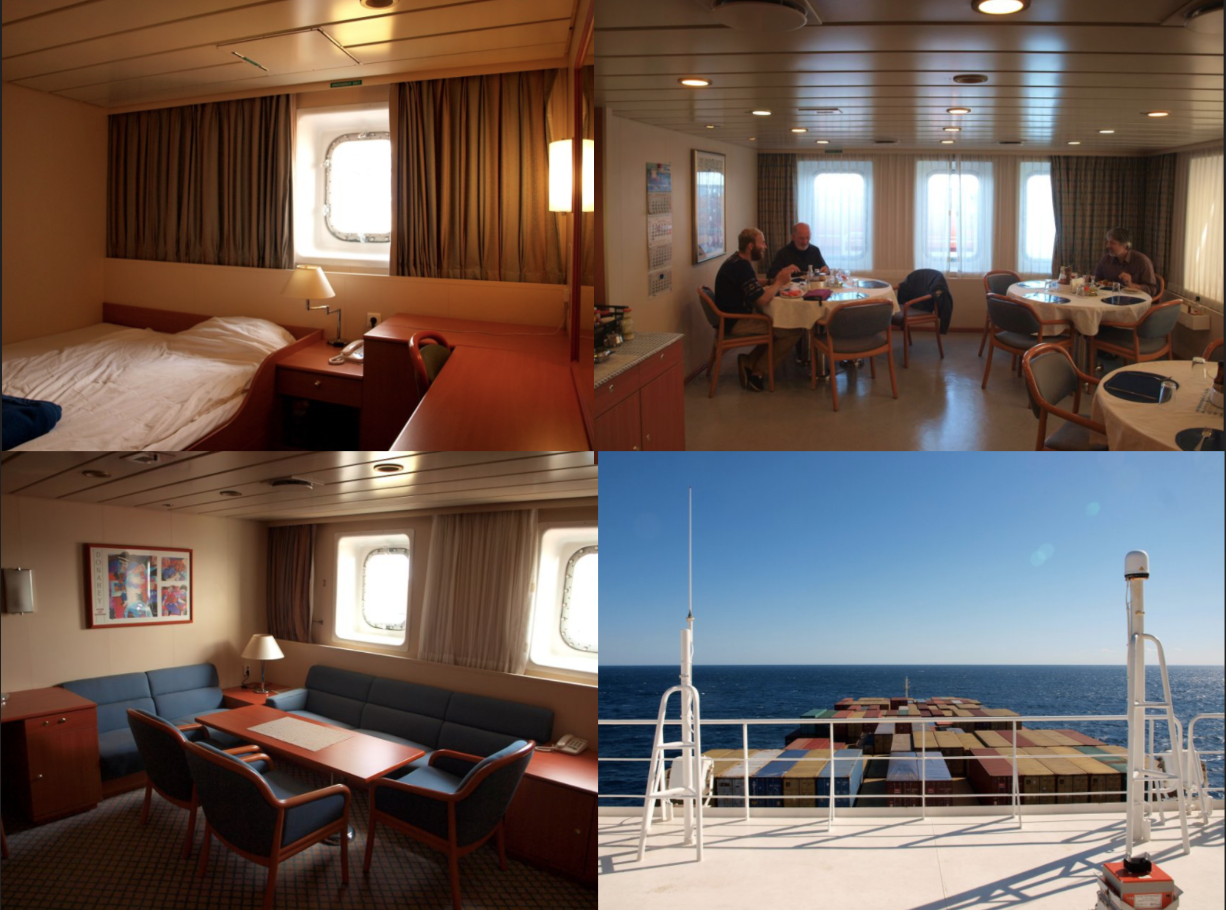 I wrote a blog post three weeks ago about KTH's front page article featuring our new project, "Homo Colossus" ("Man is a dinosaur") and I wrote another blog post in mid-December about the invitation to be part of the Swedish pavilion's permanent exhibition at the upcoming World Expo (starting in October). This blog post is an update about some of the things that have happened since.

To be able to exhibit at the World Expo, the Homo Colossus project must be scaled up. This scale-up represents significant extra work compared to what we promised we would do in our approved three-year science + art + communications project, "From Homo Sapiens to Homo Colossus". We need help to make it happen and the idea is to make the World Expo into a separate-but-overlapping project to which we invite/recruit some of our talented students to help us out. From now on I will refer to two different (but linked) projects about Homo Colossus; the three year (2020-2022) funded research project "From Homo Sapiens to Homo Colossus" and the non-funded applied project "Homo Colossus@Expo 2020". This blog post is about the latter project and how we plan to run that project despite the fact that we currently don't have any funding.

I started to plan for the scale-up in December and did three important things before the Christmas break:
- I pitched the project to my 3rd year students at the very last lecture (wrap-up) on December 13. I also presented these 10+ thesis proposals for their spring 2020 bachelor's thesis course.
- I put together a comprehensive (2000 words) information sheet for students with all the information that I imagined a student would want to know before making a decision about whether to participate in the project or not. This information was primarily directed at our 4th year students (1st year master's students).
- I also talked to the head of KTH's Expo 2020 working group, Christina Murray. Her job title is advisor to the President on issues relating to internationalisation. At her request, I put together a proposal that she presented to the President of KTH to get money for hiring a student project leader for 50% of his/her time for a full year (which we got).

It turned out to be difficult to get 4th year students to apply to be part of the project by just sending out an email with a link to online information, so this past week - after the original deadline had been passed - I personally visited three different courses to pitch the "Homo Colossus@Expo 2020" project directly to the students. Thank you Mario Romero, Anders Lundström and Cristian Bogdan for allowing me to steal time from your courses "Information Visualization", "Physical Interaction Design and Realization" and "Interaction Programming and the Dynamic Web"!

I understand it's a big commitment to sign up for a project that will run for more than a full year, but I am still baffled by how much work I have had to put into recruiting students. I early on tried to figure out what could motivate the students to sign up for this project and money (reason #4) came out last. We will not pay the students anything to be part of the project, but Swedish students on the other hand have "enough" as it is. Also, our students at KTH assume they will earn more than enough when they get a "real job" in the future and many seem to be able to defer earning money into the future. We also imagined credits for courses (#3) could be important for some students - but not for all. More important would be to be part of a once-in-a-lifetime opportunity and a once-in-a-lifetime experience (#1) that will also look great on your CV (#2). The once-in-a-lifetime experience includes a trip to the World Expo in Dubai either in November 2020 or February 2021 to display our work there as well as participating in various activities at the World Expo. The plan is that our students will go by train through Europe and then travel on a container ship bound for China. These ships stop in Dubai (a 17-day long trip from Italy) where we will spend a week at the World Expo before going back to Sweden by plane (the container ships don't stop in Dubai on their way back from China). I have just now finished recruiting a great group of students who will work in the project during 2020 and into 2021.


This was some about the mechanics of getting the project to take off. There's obviously a lot more to say about this, but these were some highlights of what has been done lately and I am amazed by how only 500 words (above) can cover so many hours of work and so much thinking. I now switch track to describe some of the characteristics of this just-about-to-start project that I have been pondering lately.


Ordinary research projects (like the parallell funded Homo Colossus project "From Homo Sapiens to Homo Colossus") start with an urgent need to flesh out the ideas that were briefly presented in the research grant application (as well to create a more detailed budget). I handed in three research projects proposals last year and all three proposals were accepted. They have given us money and we have for each project promised to do certain things and to deliver certain results. The Homo Colossus@Expo 2020 project is right now being scaled up and there are lots of activities - but we have yet to specify exactly what it is we will be doing in the project and what exactly we will actually display at the World Expo. That is however not a weakness, but rather a strength as we still have the flexibility to adapt in relation to what the students we are recruiting want and what various external supporters/stakeholders want. The project is at this particular point in time neither a blank slate nor set in stone, but somewhere in-between. I think it's fair to say that our project for the moment is a "boundary object" that different people and stakeholders read different things into. It can not stay in this position for long and a month from now we just have to know much more about what we are going to do during the remainder of the term as well as the remainder of the year. Still, this current state of openness simultaneously fills me with trepidation as well as delight because this project is different from other, more "usual" projects. At the moment, the sky is the limit and there is nothing stopping us. We have not made any specific promises to anyone (such as a funding agency) and we can thus ourselves decide exactly what we want to do. While there are many different ideas on the table, we relatively quickly need to figure out exactly what it is we want to do though! In my imagination, our project will soar in the sky. The task now is to make it soar not just in my imagination but also for real - instead of crashing and burning.

The fact that the project does not have a budget is thus both a strength and a weakness and I have thought quite a lot about how the lack of a budget makes this project different from other projects. A budget always comes with strings attached - a budget comes with promises that have been made and limitations on how the money can be used. A budget - money - is of course always welcome, but the main reason why a project needs lots of money is to pay for people's time, but in a project where voluntary participants contribute their time for free, the biggest costs have been rendered moot and money is only needed for the remaining, smaller expenditures. These expenditures can of course be relatively big, but they are still dwarfed by what salaries would cost in an "ordinary" project.

The fact that students will work without salaries creates interesting affordances. If I am the project leader, I can't heavy-handedly direct students to do things I want them to do that they don't want to do themselves because if they don't like to work in the project or they don't like to work with me, they can quit. If unpopular tasks have to be done, I guess I have to convince people that these are things that must be done for the sake of the project. For that to happen, people have to commit, feel ownership and feel that the success of the project is important to them personally!

This demands a different kind of leadership. It's not unlike an amateur theatre production where we are at liberty to experiment and take larger risks than usual compared to a theatre production (with paid actors) that will perform on an established scene. Homo Colossus@Expo 2020 is not an ordinary project, but it also isn't a skunkworks project that flies under the radar and where resources are diluted from whatever it is you are supposed to do (by whoever pays your salary).

Wikipedia refers to a definition of skunkworks project that states that such a project constitutes an "enriched environment that is intended to help a small group of individuals design a new idea by escaping routine organizational procedures". Skunkworks also applies to "high-priority R&D projects at ... large organizations which feature a small elite team removed from the normal working environment and given freedom from management constraints". I can definitely see that parts of this applies to our Expo project - with me selling a vision of what the project could be/become to various parties, for example individual students who sign up for the project, fellow teachers who adapt their masters level courses to the needs of the project, the KTH Expo 2020 working group, the President of KTH, the Swedish Expo 2020 organisation, the Stockholm Science Museum [Tekniska Museet], the art exhibition hall Färgfabriken and others.

One other thing that would obviously be hugely beneficial for the project is if we could get space (a room of our own?) for the project - a place where we could work and hang out. I'm working on it because I think it's important. This is one of the things that is tricky because without a budget, I have to find someone who freely gives us what we want and I first have to figure out who that is, what they want and how our respective resources and needs could be matched. These are the challenges you face when you run a project that does not have a budget and it requires real thought instead of just "throwing money at a problem to make it go away".

Although there is more I could write about I will end this blog post here. My new rule is that blog posts should not be too long - I should preferably not spend more than an hour writing a blog post because the chances then increase that the blog posts in questions will remain un-published (un-written or half-written). I do have plenty of topics for future blog posts about the Homo Colossus@Expo 2020 project though. I'm pretty sure I could crank out a new blog post every week (I won't though). But do ask me about the project if we bump into each other!
.
Upplagd av pargman kl. 18:57