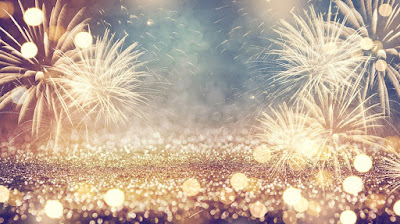 2019 was the year when our "sustainability team" (MID4S) levelled up and became a real "research group". We pulled in tens of millions of SEK in research grants and we now manage more than half a dozen different research projects. We will also hire at least three new PhDs/post-docs during the first half of 2020, so much has happened since last year. This is a personal summary of 2019 from the point of view of the MID4S team and it consists of two parts:
1) the history of the sustainability team as recreated through contents of this blog and
2) a short summary of the most important things that have happened to the MID4S team during 2019

History of the MID for Sustainability (MID4S) team

I have searched for the history of our sustainability team, MID4S, on this blog. The earliest blog post with the term "MID4S" in the title, "MID4S - MID for sustainability" was published six years ago (December 2013). MID is of course the name of our department (Media Technology and Interaction Design) and in that blog post from six years ago:
- I commented that the team has existed for 1.5 years but that we hadn't really had a name up until the end of 2013. It was apparently Teo Enlund who coined the name of the team - MID for Sustainability (MID4S).
- I was proud of the fact that the team had written three papers about sustainability and ICT (our first papers!) and that we had submitted two research grant applications (of which one had just been approved).
- We had, at the time, just had our second team kick-off.
- With a new name for the group, we moved our blog to a new, easier-to-remember address: mid4s.wordpress.com which we will still use.
- We decided that we would write a proposal for organising a workshop about sustainability at the then-upcoming NordiCHI 2014 conference in Helsinki (which me and Elina did).
- We had also decided to write a position paper for the sustainability workshop at the upcoming CHI 2014 conference in Toronto (which me, Elina and Åke Walldius also did).
- We decided that we should write bachelor's and master's thesis proposals and that our team should be able to supervise students working on sustainability-related topics each term.
- On a personal level, I had just announced on the blog (Nov 2013) that I was going to UC Irvine on a sabbatical for half a year during the first half of 2014.
- We also did an exercise where each team member thought about where he/she wanted to be/do/have done as an individual and as team 1, 2 and 5 years from now.

I actually found a google document from that kick-off, "MID4S Vision", which, in eight bullets (plus an additional bullet that was added two years later), states where we as a group wanted to be five years later. It's fair to say that we have accomplished the majority of everything on the list, but that it took six years rather than five.

If I go back even further, I published a blog post in December 2012 about our first team kick-off:
- Nine out of 21 team members (on our distribution list) attended the kick-off "to discuss past and future activities of the team". Of those nine team members who showed up, four still remain at the department; me, Elina Eriksson, Cristian Bogdan and Anders Lundström.
- At that meeting we decided to switch from having semi-weekly Monday morning meetings to semi-weekly Tuesday lunch meetings - which we still do!

The very first blog post about the team was however written in February 2012 - almost 8 years ago (!). That blog post was written at a time when the sustainability team kind of hadn't really formed. Apparently we had only met three or four times when the summer of 2012 came around. So much for the history; now we fast-forward to the very successes year of of 2019.

I will here refrain from enumerating things we have done during 2019 that we have done also during the previous years (e.g. organise workshops, attend conferences, write academic papers etc.). I will instead focus on what was significant (and different) in 2019 compared to earlier years.

The most fundamental difference between 2019 and earlier years is that we have, in fact, written significantly fewer academic papers this year because we have instead spent our time writing a very large number of research grant applications: We have altogether been part of no less than 20 research grant applications during 2019! Of those applications:
- two were handed in late during the year and are still being processed. They might be approved or they might be rejected and we don't yet know anything.
- four applications were not written by MID4S team members and we claim only a minor part of the money that is being asked for in these application. Two of these applications were rejected and two have been approved.

Me and Cecilia Katzeff have on the other hand been extremely fortunate. We handed in three research grant applications each and all six applications were approved! I don't have access to the budget for all applications, but my three applications together have an aggregated budget of more than 13 MSEK and I believe that all our 7+2 approved MID4S applications pulled in around 30 MSEK during 2019. That does not include the additional money from successful applications that were approved in 2018 - for research projects that are currently ongoing (another 14 MSEK or so).

To summarise; from feeling the pressure to pull in money to decrease our teaching load and to also spend our time doing research, we are currently, well, bathing in money. The rapid influx of money has in itself created (luxury) "problems" for us, or rather "bottle-necks" that we are currently trying to find solutions to. One challenge is that all our projects more or less end at the same time (in 2022) - but we have a few years to fix this and work out the kinks. Another challenge is that some of us are currently overbooked. It's probably the case that I am the most extreme. I am supposed to always teach at least 50% of my time. My department also pays 20% of my salary so that I can do "free research" (for example writing research grant applications). I was supposed to work 20% in one of Björn Hedin's projects. I was also supposed to be project leader and work 30% each in two of my approved projects and another 10% in the third project. That turns out to be 160% of a full-time job which unsurprisingly is way too much. The first thing that happened after several projects had been approved was that I cancelled my involvement in Björn's project (20% of my time) - and Björn cancelled his involvement in my project (20% of his time). This "liberated" money and another huge change compared to earlier years is that we now have the funds to hire no less than three PhD's and/or post-docs in our new research projects during the first half of 2020. We have already hired the first PhD (in one of my projects) and he (Aksel) will start to work at KTH a month from now - I will write a separate blog post about that later.

All our major ongoing research projects are listed on this webpage, but several new projects that will start in 2020 have not yet been added to the page.

All in all + to summarise:

- 2019 was the year when our research team levelled up and became a research group
- We are now running a bunch of research projects and several new will start in 2020
- We have come into serious money and will hire (at least) three new colleagues (PhDs/post-docs) during the first half of 2020.

2019 was thus a great year for our research group. I believe that many things changed on a fundamental level and that things will not be the same for me and my colleagues from now on. It's also exceedingly hard to imagine that things will go back to they way they were before.

We had a meeting the very last day before the Christmas break and discussed the very large number of upcoming research grant calls that are on our radar, so as to discuss which we should aim for. Due to our recent success and due to the fact that many of use are fully funded research-wise for several years ahead, we have decided that we have to restrict our research-grant-writing activities to projects that can seamlessly latch on to projects and activities that we are already doing. Despite this, we have decided to ourselves write or be part of either five or six new research grant applications between January - March 2020.
.
Upplagd av pargman kl. 23:56