Birth of a research project

.
We got funding for a three-year long research project last year - "Improved energy habits through Quantified Self" - and the time for starting up that project is now! The project is lead by my colleague Björn Hedin. Besides me, Henrik Artman also works in the project. Jorge Zapico is in the project too, but won't do any work in the project during the first year.

We've had two shorter start-up meetings this far and this blog post chronicles the early discussions in this project (recreated from my memory since my web browser crashed and I lost the ample notes from our meeting). This research project touches on no less than seven different areas: 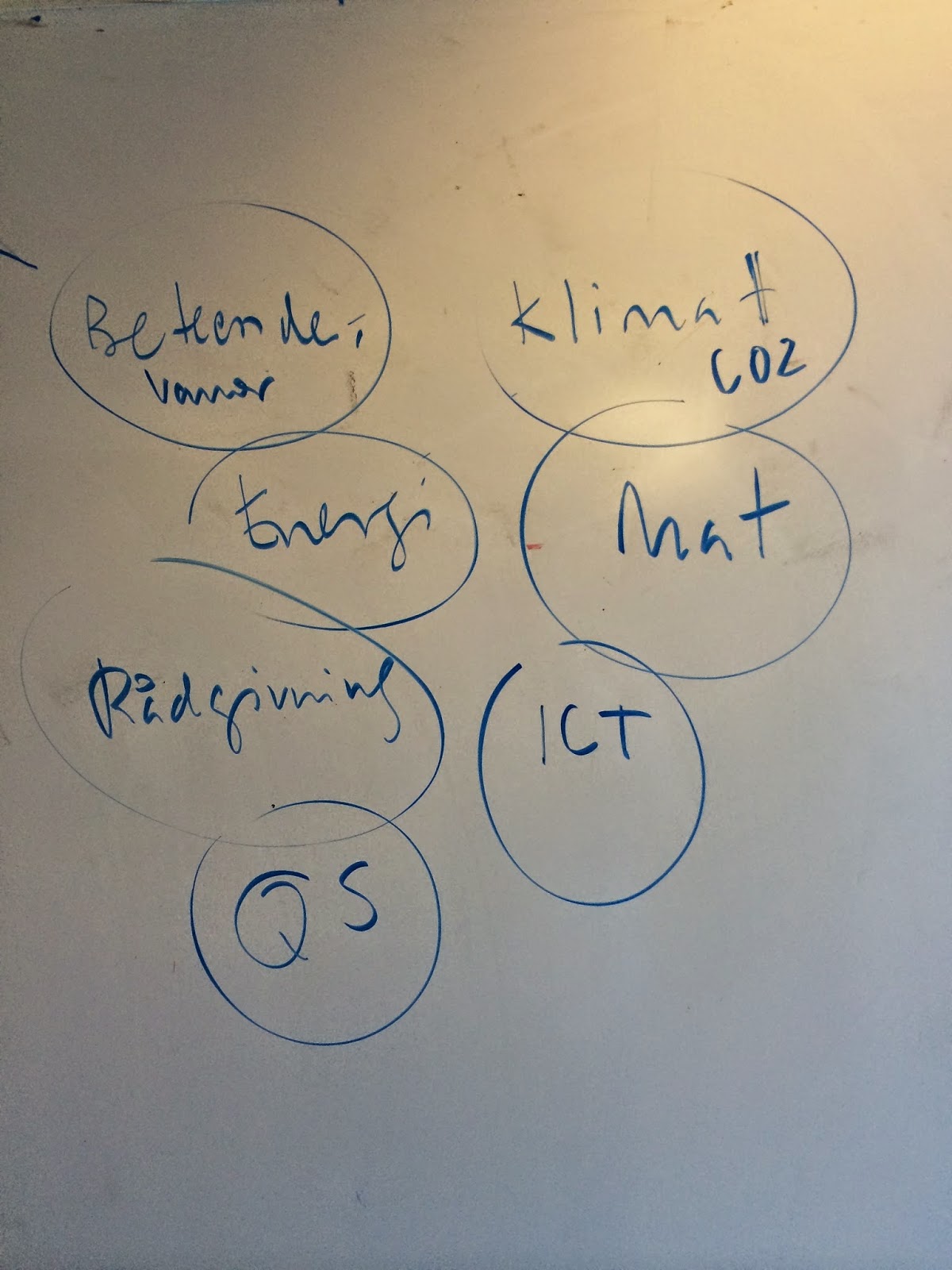 That's a lot of different areas. We decided that there should be some internal division of labour in the project (marked out above). Because of my prior interests, I will be the "point man" or the go-to person in the areas of energy and climate, just as Björn is the natural go-to person in the area of behaviour and habits. Looking at these seven different areas, some are more and some are less central to the project. Behaviour and habits is probably the most central area - it's difficult to imagine that we we will write a single academic paper based on this project that does not touch on that area. Still, there are many different possible overlaps so which particular area(s), journals and conferences should we aim for? We haven't really decided yet and I think that will be part of an ongoing discussion for at least the remainder of the year.

One important task for the remainder of this year is for all of us to read up in our chosen areas of expertise as well as to read and discuss some articles together so as to build up a common ground. I'm a supremely structured reader (which comes as no surprise for the regular reader of this blog). I will start to think about how to go about to read up and will then start to work my way through articles. While I like to read in general, this time around it's also a job that has to be done. We will probably create a structured form where we will enter a few sentences about project-relevant articles we read, for example: author, title, main argument, relevance to our project - just to keep track of stuff we as a group read and their relevance to our project. We have also created a shared folder in Google drive as well as a shared folder in KTH Box (KTH's own "Dropbox").

In our application, we promised the project would have some kind of presence on the web and we will have to discuss the level of ambition. It could be a (for the most part) static homepage or it could be something almost as ambitious as this blog (for example with each project member writing a blog post every month).

Me and Björn had a discussion about what we personally want to accomplish with this project and "becoming experts" and publishing papers in high-quality journals came out high for both of us (Björn also raised "changing the world" which indeed is a worthy - but hard - goal). I have already decided that the area of expertise that I work towards is situated in the intersection of computing (Human-Computer Interaction) and Sustainability. That means that Sustainable HCI and ICT4S are important areas for me. I could imagine that I will broaden my interests and add something more to that mix through this project - even though I don't know exactly what yet.

Even though we are starting to work on this project now (October), Björn was quick at defining a few bachelor's thesis topics already at the end of last year and no less than three couples of students worked on three different projects during the past spring. One couple was very successful and they were funded by the project also during the summer and part of the autumn term. That means the project already has results to present and part of what we will do during the rest of the year is to read up - and to write up! The students' project could (should) result in two papers. We will for the most part aim for journal articles but we should perhaps also plan for a paper to next year's ICT4S conference? We also give high priority to defining new topics for masters' and bachelors' thesis topics and to have students work within (for) this research project during the coming spring.

Since this is a project about changing people's habits and since me and Björn have a long-standing interested in topics such as procrastination, life-hacks and in utilising our own working hours more effectively, we also plan to work on our own work habits within this research project. We have set aside one day per week for the project and we will try to work together during that one day. We will probably experiment with different methods to get things done and I very much look forward to that and to forming new (research) habits within the project. Who needs the Panopticon when we can surveil and discipline ourselves? We have only had two (short) meetings this far but it feels like we have gotten off to a great start!
.
Upplagd av pargman kl. 22:51