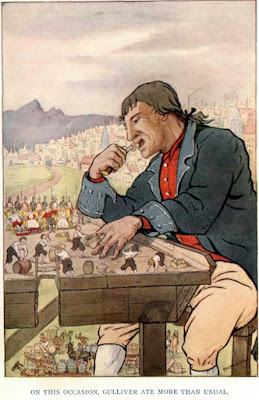 I handed in an application for seed money for a small interdisciplinary project to the KTH Sustainability Office's call "Environment and sustainability without boundaries" about half a year ago - but to no avail. These are truly small projects - maximum 100.000 SEK, we asked for 80.000 - and I got the decision just a month after the May deadline. Only three projects were funded and my project wasn't one of them.

The reject letter did however mention that a new assessment might be made during the autumn and I just found out that the KTH Sustainability Office had some money left over and that they are willing to fund my application! This very much seems like a case of spending all the money in the budget before the end of the year - it didn't matter that the project would be delayed but it was important that the money was payed out before the end of the year (for accounting purposes). I'm not picky though as I would really like to do this project!


I wrote about the most relevant facts of the project back in May but there have been a few important changes in the project since then:

- Due to the late decision, the project has been delayed for half a year and will now run between January-December 2019.
- KTH researcher Jonas Åkerman was supposed to be part of the project but he has now declined due to lack to time (he is busy being the co-director of the research programme "Mistra SAMS Sustainable Accessibility and Mobility Services"
- We have instead recruited Åsa Andersson Broms to be the fourth person who will work in the project. Åsa is an artist and she's also a teacher and the Royal Academy of Art.

The idea is to meet regularly during 2019 and "produce a report/prospectus (decision support), including a realistic budget, sketches/suggestions for placement and design of Homo Colossus on the KTH Campus etc.". The idea is that our project will result in a proposal for building a (temporary) huge statue on the KTH campus that is a visualisation of the average Swede's "energy footprint".

I will personally do the major part of the work in the project but that the other three members of the project (Mario Romero, Per Hasselberg and Åsa Andersson Broms) will function as a reference group/steering committee for the project (e.g. for me). We will meet regularly (once per month?) during 2019 and I will work with small fact-finding missions in-between these meetings.

This project will give me the chance to work practically with ideas (about "Homo Colossus") that I incorporated into my education three years ago.