.
This is a two-for-one blog post (re-using last year's template). First an open invitation to tomorrow's (Dec 17) final presentation of The Future of the Digital Commons and the Sharing Economy, followed by the introduction to the limited-edition book we are publishing on that topic.

You are invited to the final presentation in the course Future of Media. This year's theme is The Future of the Digital Commons and the Sharing Economy. Sign up here!

The course is given for the 12th year and I think this year's presentations might be the best and the most ambitious ever. Do note that the 12 project groups span a very wide area and will present concepts, ideas and scenarios that, for example, treat the future of trust and reputation online, the future of identity, of surveillance, piracy, shared energy, shared urban farming - and more!

Here are twelve trends for the next 10-20 years that we have identified and that has had an impact on the scenarios of different project groups [further developed in the book introduction below]:

Below are two of the 12 projects that will present their results on December 17 - and who isn't interested in the future sharing of 3D blueprints (left) or or the future crowdsourced self-surveillance (right)? 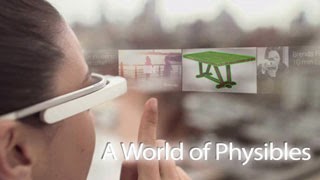 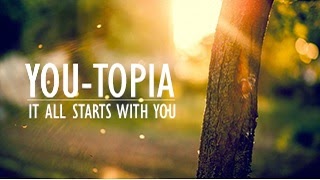 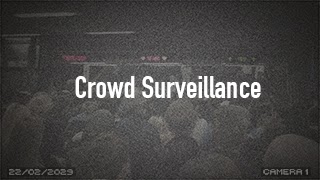 2) Book introduction, "The Future of the Digital Commons"

The course load corresponds to a third of a semester and runs throughout the autumn semester. This year, 2014, the course is given for the 12th time, and for the third time in English, with participating international students. A special effort has been made to document the work, and to make the results of the course available on the Internet. The results include this book, “The future of the digital commons and the sharing economy”, a webpage, as well as concrete practical “design representations” such as for example movies and prototypes that have been created by different project groups within the course. The results of not just this year’s course, but of previous as well as successive courses are available on the internet at http://futureofmedia.se/archive.

This year’s theme: The Future of the digital commons and the sharing economy

The digital commons is a wide concept, including services and resources owned together rather than privately owned. It is difficult to draw a sharp line between what is included and what is not included in the commons, but as a guideline we think of the historic tradition of local communities that managed their common resources such as land, water or forests in a shared manner with everyone’s best interest in mind. The commons basically means “what we share” and refers to a wealth of valuable assets that belong to everyone. In present-day society, this could include the sky (the atmosphere), the earth, parklands, roads, sidewalks, museums, archives, scientific knowledge and the internet. Some elements of the commons are old, and some are new – for example internet services such as Wikipedia.

No less than twelve groups of students have explored twelve different futures for the digital commons and the sharing economy during the autumn of 2014. The students presented their suggestions and the results of their projects in front of a live audience on December 17, 2014, but the results are also available here, in this book, as well as online, http://futureofmedia.se/digitalcommons

A framework for all project groups has been to aim for a future that will happen sometime in the next 10-20 year, i.e. sometime between 2023 and 2033. All projects have also had to limit themselves to, or at least orient themselves towards, a Swedish (Western, relatively affluent) context

Despite widely different ideas, there are still a number of trends that the twelve project groups have to position themselves in relation to.

Trends within the digital commons and the sharing economy

Below are 12 trends that we have identified in the course and that are of importance for The
Future of the Digital Commons and the Sharing Economy. Each trend is important for at least a few groups, and sometimes for many project groups.

1. Always online
People will “always” be connected to the Internet all the time in the future. This will make it possible to monitor and record a lot of information, including actions and transactions of various kinds. It might be that today’s smartphones will be replaced by more “intimate” technology - for example a chip in the wrist.

2. More computational power
Computation will more powerful and more plentiful in the future. This means that computers will be able to do much more than today, including voice, image and pattern recognition and other tasks where humans were previously thought to have unique advantages compared to computers.

3. Augmented reality
Augmented reality will be widespread in the future through some variety of today’s Google glasses or through contact lens that can display a layer of information “on top of” the world around us.


4. 3D printing
3D printing will be faster, less expensive and therefore more accessible in the future. It will be possible to print larger objects quicker and to combine materials much easier than today.


5. Automatisation, mechanisation
Blue-collar work has been automatized during the 20th century. This trend will continue and will be joined by increased automatization also of white-collar work replacing people with algorithms wherever possible.

7. Increased unemployment
Due to the previous two trends, there will be very high unemployment and especially so for youths. This trend can already be seen in several countries in Southern Europe today (Greece, Spain etc.)

8. Higher environmental consciousness
People are more aware of and concerned about environmental issues. Sustainability has a higher priority both on a personal and political level and such thinking is better integrated into peoples’ every lives.


9. More sharing
Due to the previous three trends, there is an increased impetus for bottom-up sharing of information and other resources (gadgets, physical space). Some sharing (e.g. physical objects) works best on a local level and other sharing (e.g. information) works fine on a regional, national or international level.

11. Reputation as an alternative currency
Reputation will rival financial capital as a currency to be taken into account in online transactions. Your reputation and your track record online will at times determine if people are willing to cooperate, share or make business with you. There might be one universal reputation currency or a variety of platforms that calculates your “reputation capital” across multiple platforms, perhaps issuing “certificates” that vouch for your character.

Work process
During an intense six-week long start-up phase (beginning of September – mid-October), the whole class read selected literature about the digital commons and the sharing economy, worked with related issues in seminars, and welcomed around 20 guest lecturers from industry and academia. These guests had a variety of backgrounds and presented us with a wide variety of perspectives, over-all giving us a well-rounded picture of the history of the digital commons and the sharing economy, the present situation, as well as suggestions for trends and possible future developments.

At the end of this start-up phase, twelve project groups were formed around the course participants’ emerging interests. During the second half of the autumn semester, these groups independently explored different aspects of this year’s theme; The Future of the Digital Commons and the Sharing Economy.

The result of each group’s effort is a proposal and a scenario connected to the theme. The results are presented as a chapter in a book (printed in a limited edition), as well as in a presentation that was held on December 17 in front of a live audience of more than 200 persons, consisting of younger students at the educational program as well as teachers, guest lecturers and people from the industry.

The twelve scenarios that are presented in this book are not written in a purely academic form. They aim at being somewhere in between an academic and a popular text. These texts are meant to inform and entertain, but should also be grounded in references to relevant literature and the students’ own original research and inquiries.

The chapters in this book have been produced as a part of a university course and under many constraints and severe time pressure. We apologize for any errors in the texts.